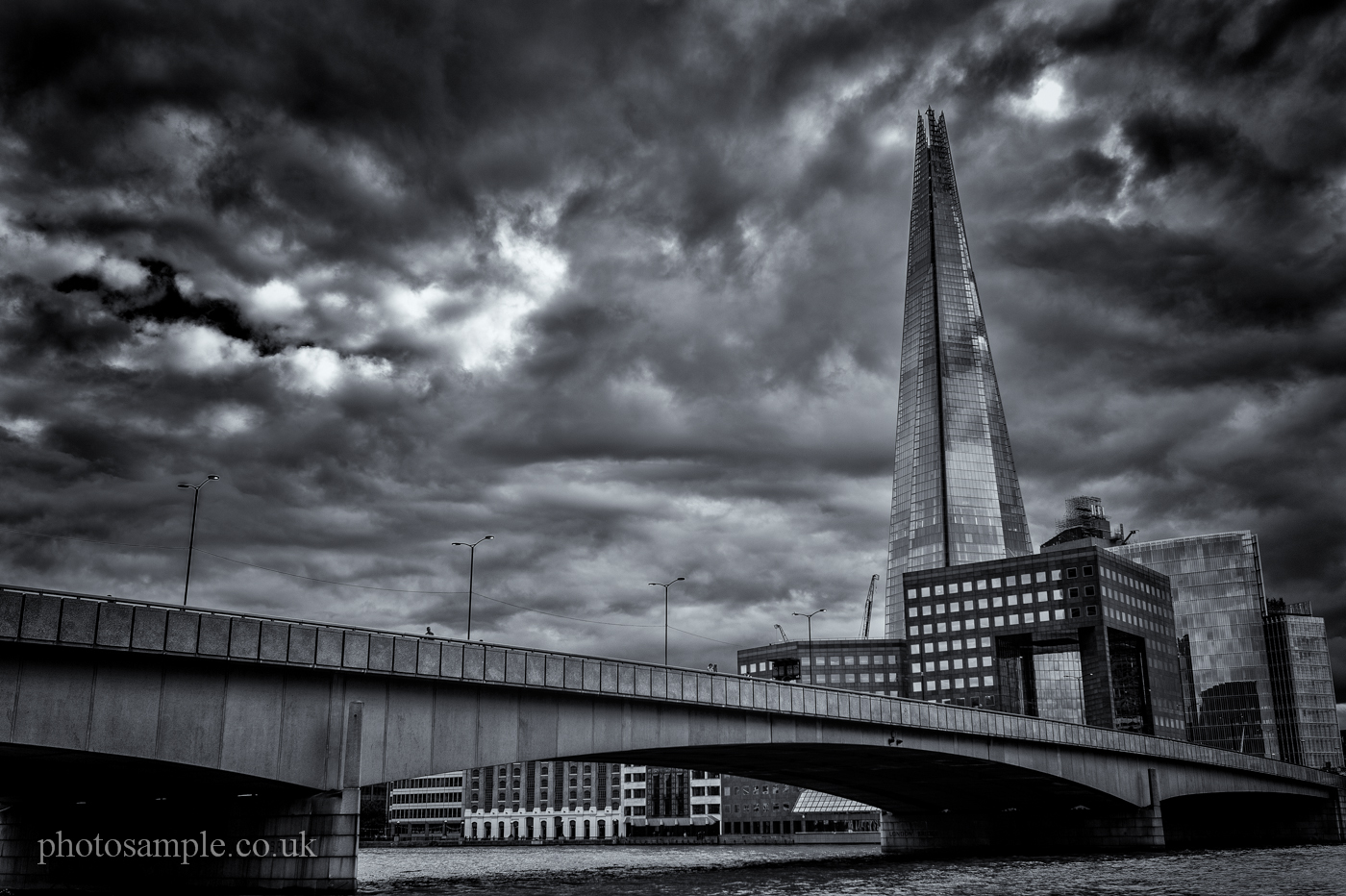 I decided to go around London, as it was a free Saturday.

A lot of walking, and as usual a lot of interesting things on the streets of London:

JAPAN MATSURI returns to London on SATURDAY 5 OCTOBER for the second time in Trafalgar Square right in the very heart of London. This dynamic annual event brings people together to enjoy Japanese food, music, dance, activities for all the family and much, much more.

Everything kicks off at 11 am and run through till 9pm.

On the two stages throughout the day look out for spectacular Taiko Drumming, Japanese Dance, a live Nodo Jiman Karaoke Contest with great prizes, Tsugaru Shamisen and a variety of thrilling Martial Arts demonstrations. 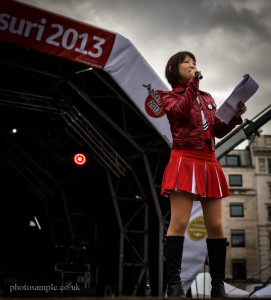 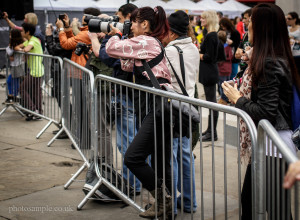 The London Cleopatra needle is in the City of Westminster, on the Victoria Embankment near the Golden Jubilee Bridges. It is close to the Embankment underground station. It was presented to the United Kingdom in 1819 by the ruler of Egypt and Sudan Muhammad Ali, in commemoration of the victories of Lord Nelson at the Battle of the Nile and Sir Ralph Abercromby at the Battle of Alexandria in 1801. Although the British government welcomed the gesture, it declined to fund the expense of transporting it to London.
The obelisk remained in Alexandria until 1877 when Sir William James Erasmus Wilson, a distinguished anatomist and dermatologist, sponsored its transportation to London at a cost of some £10,000 (a very considerable sum in those days). It was dug out of the sand in which it had been buried for nearly 2,000 years and was encased in a great iron cylinder, 92 feet (28 m) long and 16 feet (4.9 m) in diameter, designed by the engineer John Dixon and dubbed Cleopatra, to be commanded by Captain Carter. It had a vertical stem and stern, a rudder, two bilge keels, a mast for balancing sails, and a deck house. This acted as a floating pontoon which was to be towed to London by the ship Olga, commanded by Captain Booth. 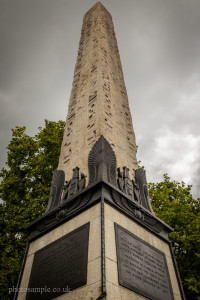 In London, protesters sat down in the road outside The Royal Courts of Justice at around midday with placards that read: “Justice for all, not just the rich”.

They held a mock trial for Justice Secretary Chris Grayling, and attached a banner to the fence of the court building which warned: “No justice, no peace”.

A number of police officers were at the scene but they were not attempting to force the group to clear the road.

However, City of London Police warned the group that they were stopping the emergency services from travelling around the capital. 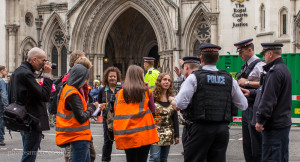 Protest on the road outside the Royal Courts of Justice

The plaque is maintained in good condition.

Its full name was “The Devil and St Dunstan”, which refers to a well-known medieval legend about the Saxon saint Dunstan, who once was a worker in gold and who became the patron saint of goldsmiths. He is usually represented carrying red-hot pincers in his right hand. The legend is that he once seized the Devil by the nose with them and refused to release him until the Devil promised never to tempt Dunstan ever again. Saint Dunstan later became Archbishop of Canterbury.

The Devil was a large, rambling building with 19 hearths (fireplaces). It was also probably the most “literary” tavern in London, and Ben Jonson seems to have moved home to be near it! John Evelyn described a gathering there in 1680 attended by 180 Members of Parliament, and John Aubrey also mentioned it in his writing. Its owner in the early part of Pepys’ Diary was John Wadlow, who is mentioned by name in the Diary. He was sufficiently important to be invited to take part in the Coronation Procession of Charles II. Wadlow owned the tavern in 1640-61, followed by Jonathon Barford (1661-68) and Richard Taylor (1668-81). 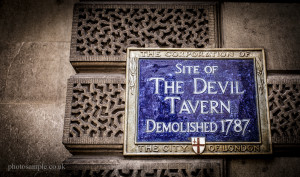 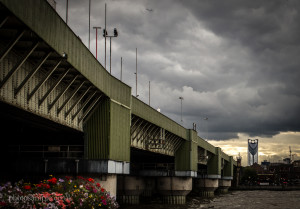 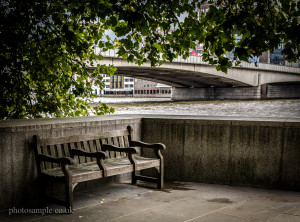 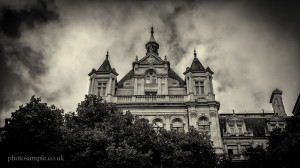 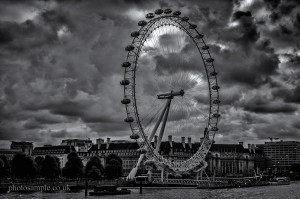 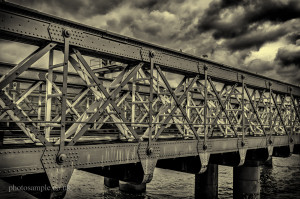 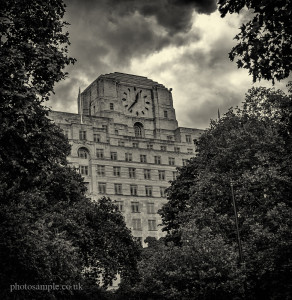 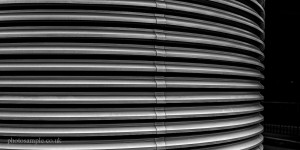 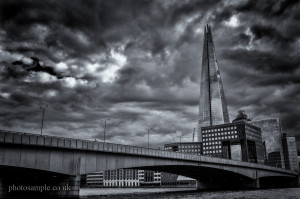 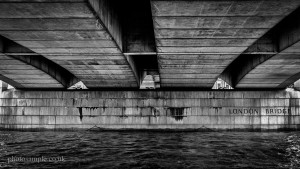