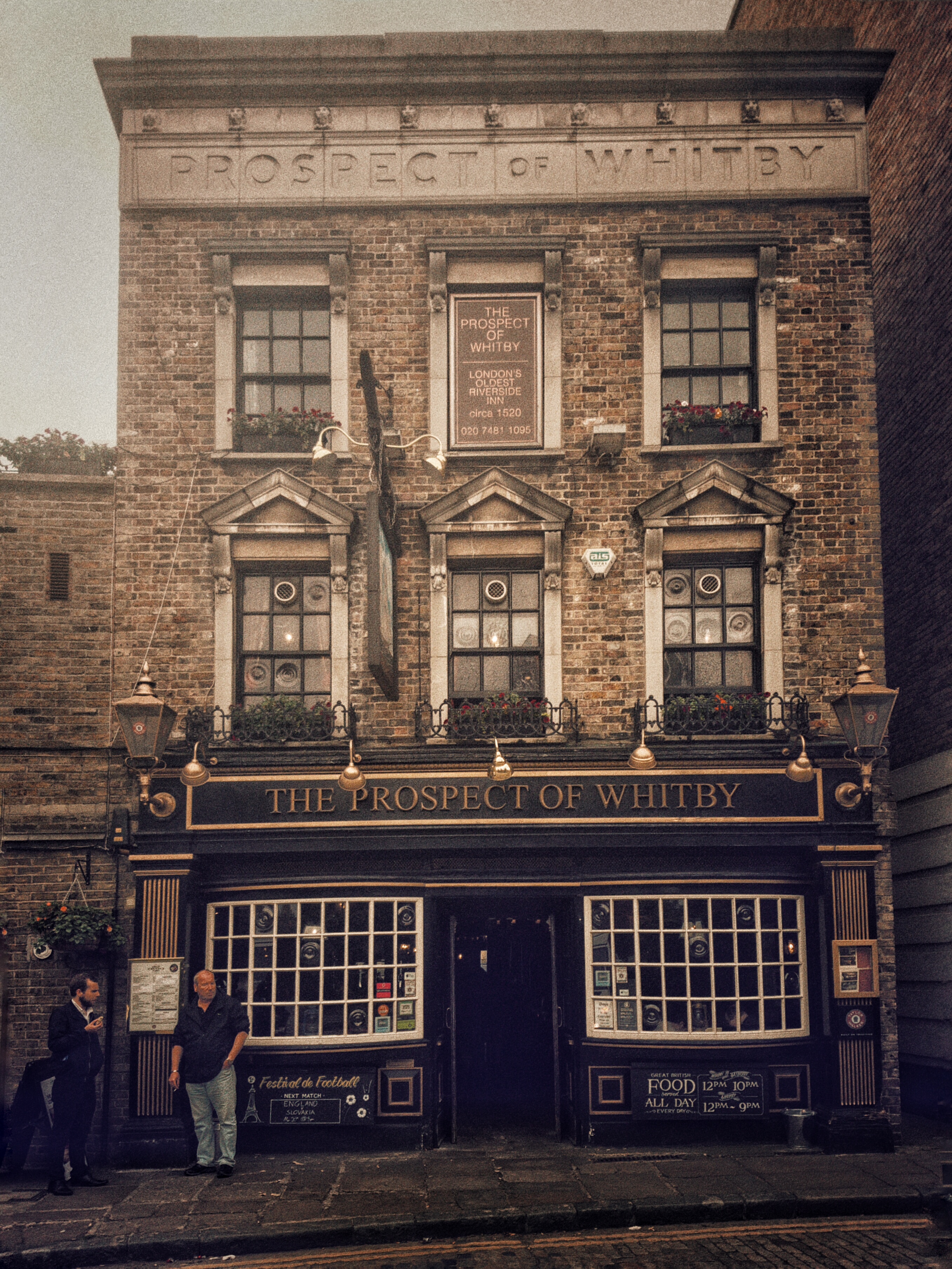 (Taken and edited by phonel)

The Prospect of Whitby is London’s oldest riverside pub dating back to 1520. The pub was a notorious haunt for smugglers, thieves and pirates.

The tavern was formerly known as The Pelican and later as the Devil’s Tavern, on account of its dubious reputation. All that remains from the building’s earliest period is the 400-year-old stone floor. In former times it was a meeting place for sailors, smugglers, cut-throats and footpads. Sir Hugh Willoughby sailed from here in 1553 in a disastrous attempt to discover the North-East Passage to China.
In the 17th century, it became the hostelry of choice of Hanging; Judge Jeffreys, scourge of the Monmouth Rebellion. He lived nearby and a noose hangs by a window, commemorating his custom. He was chased by anti-Royalists into the nearby Town of Ramsgate, captured and taken to the Tower for his own safety. According to legend, criminals would be tied up to the posts at low tide and left there to drown when the tide came in. Execution Dock was actually by Wapping Old Stairs and generally used for pirates.
Views from the pub were sketched by both Turner and Whistler. The writers Charles Dickens and Samuel Pepys are known to have paused to sup here.
Following a fire in the early 19th century, the tavern was rebuilt and renamed The Prospect of Whitby, after a Tyne collier that used to berth next to the pub. The Prospect was listed Grade II in December 1950.
(source: wikipedia) 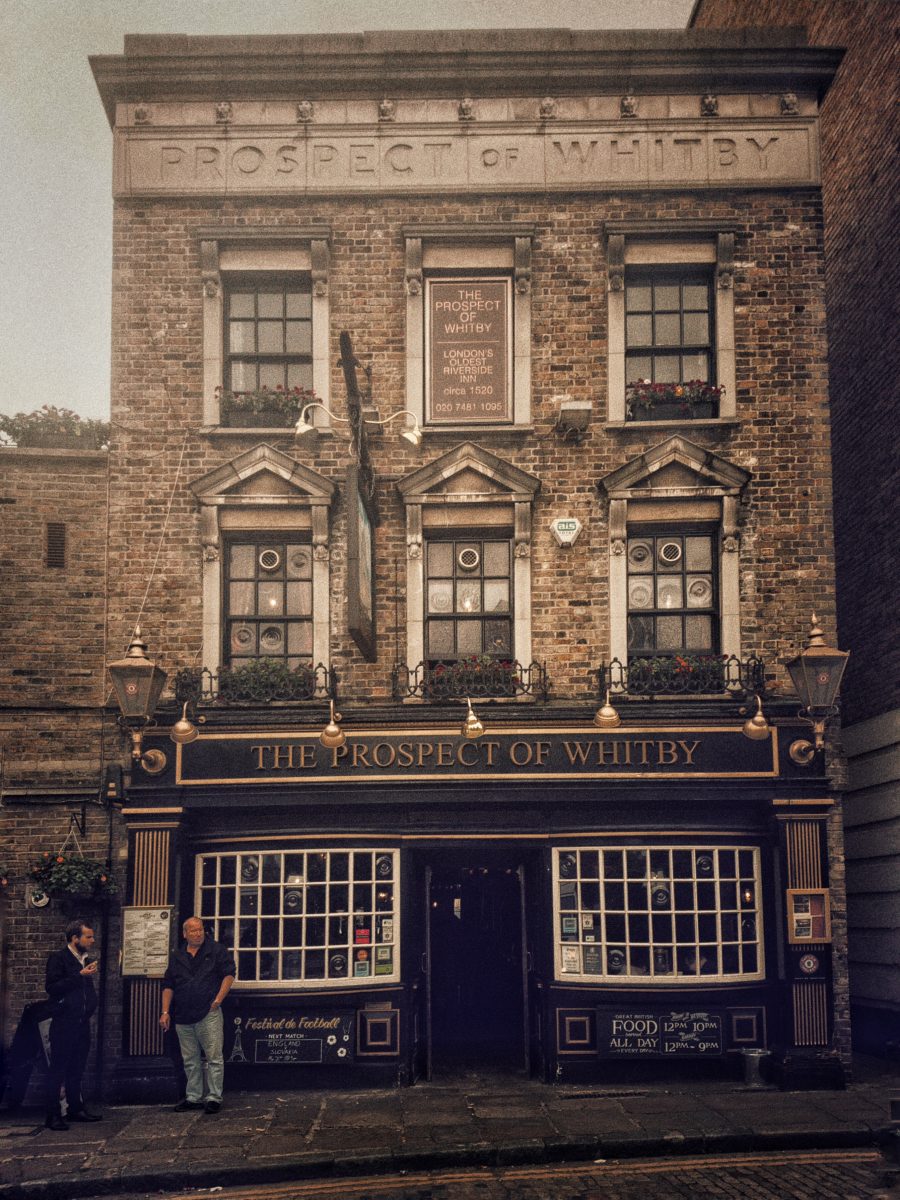 Previous: The Bloomsbury Tavern
Next: Duck in the park