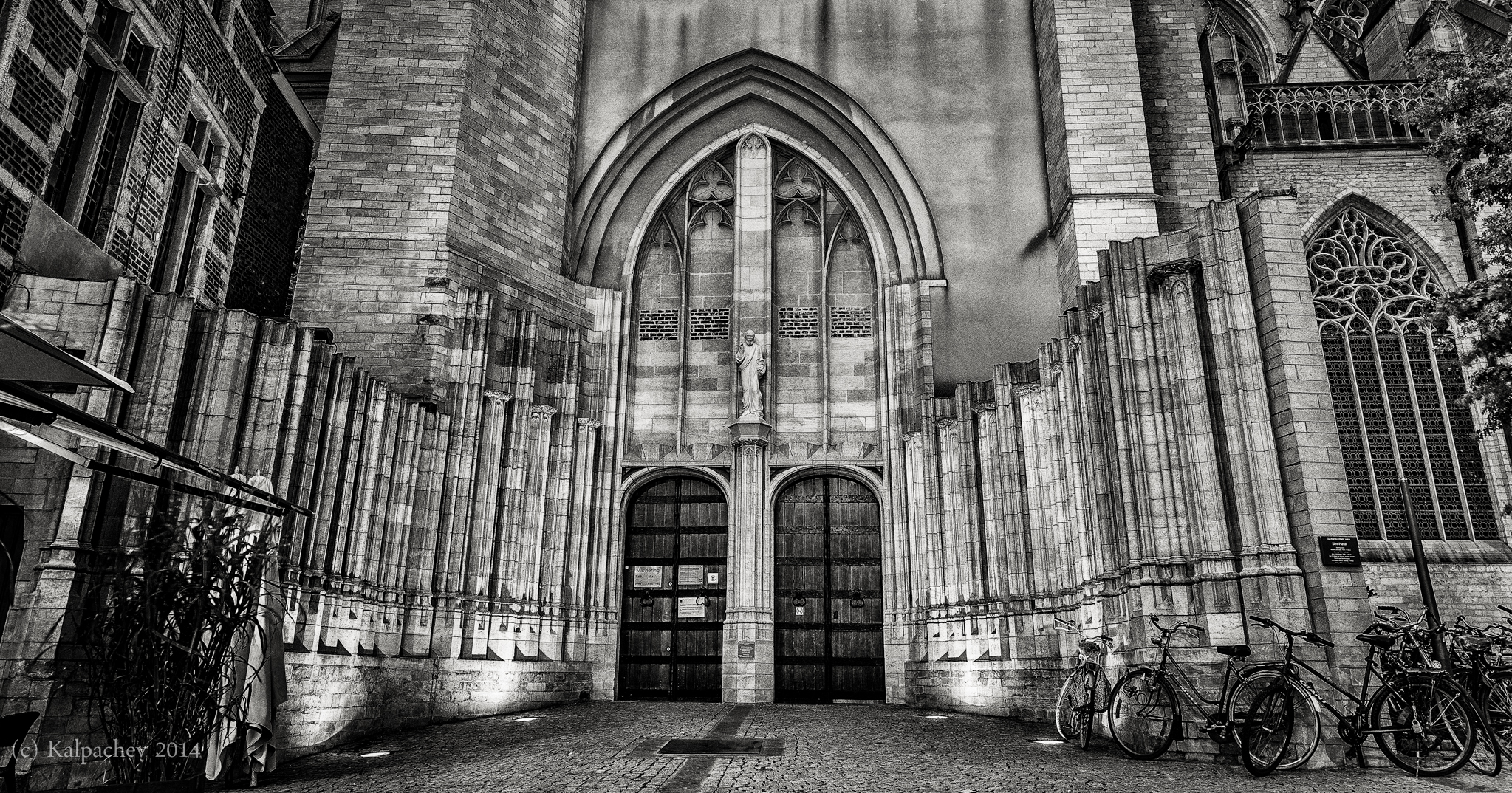 The St. Peter’s Church (1425–1500) was finished by Jan Keldermans and Matheus de Layens. During the Second World War the church was damaged; during the restoration a Romanesque crypt from the 11th century was found. In the church itself there are several paintings from the 17th and 18th centuries (among others, Dirk Bouts’s famous painting of the last supper) and the grave of Duke Henry I of Brabant. The 50-metre-high tower — which was meant to be 169 metres high, but was never completed — is home to a carillon. The tower was included in UNESCO’s list of Belfries of Belgium and France in 1999. (wikipedia)
Photo made by me on my tour around Europe, September 2014