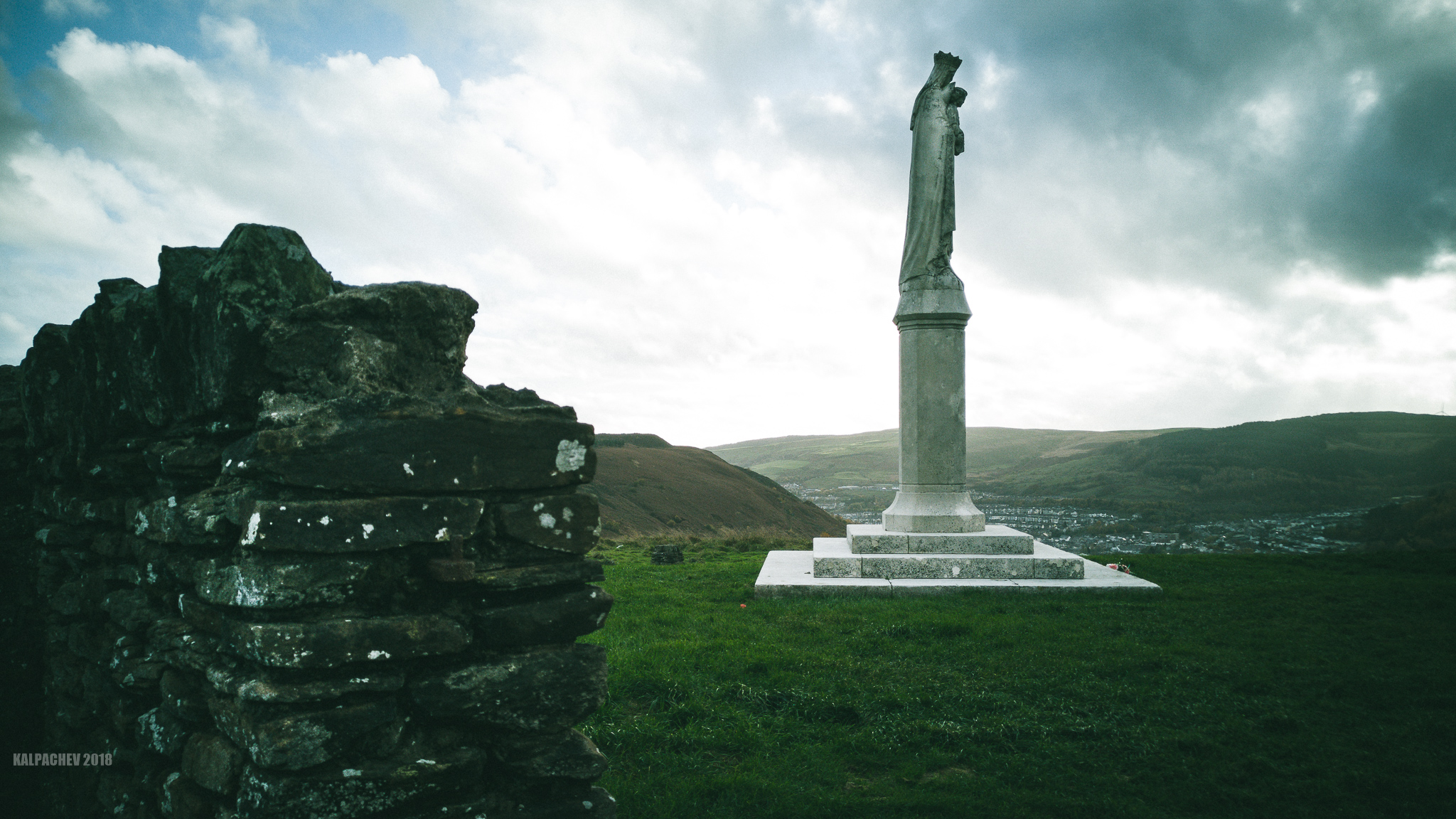 Posted by: admin November 12, 2018 in Photography, travel, Wales Comments Off on 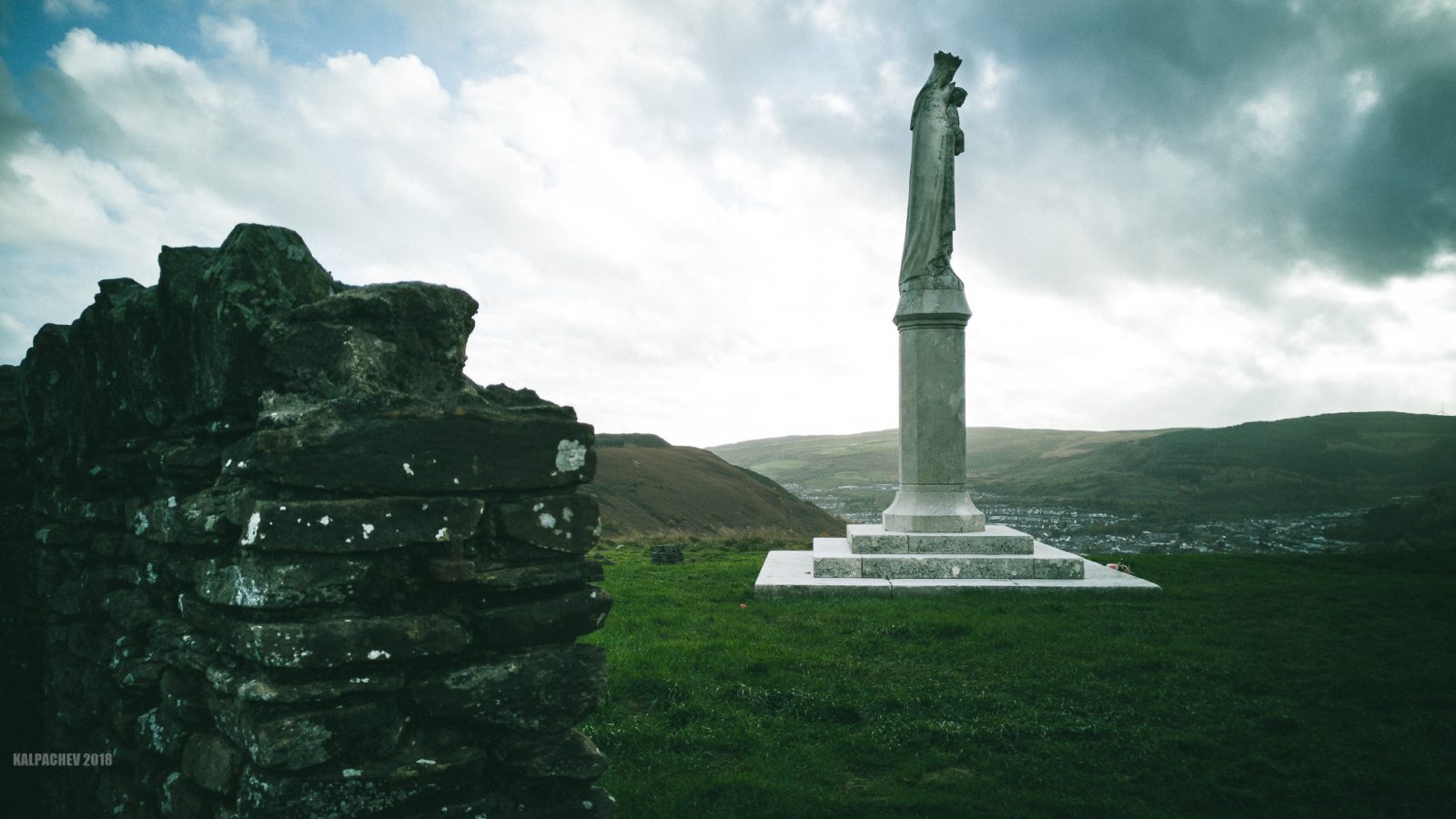 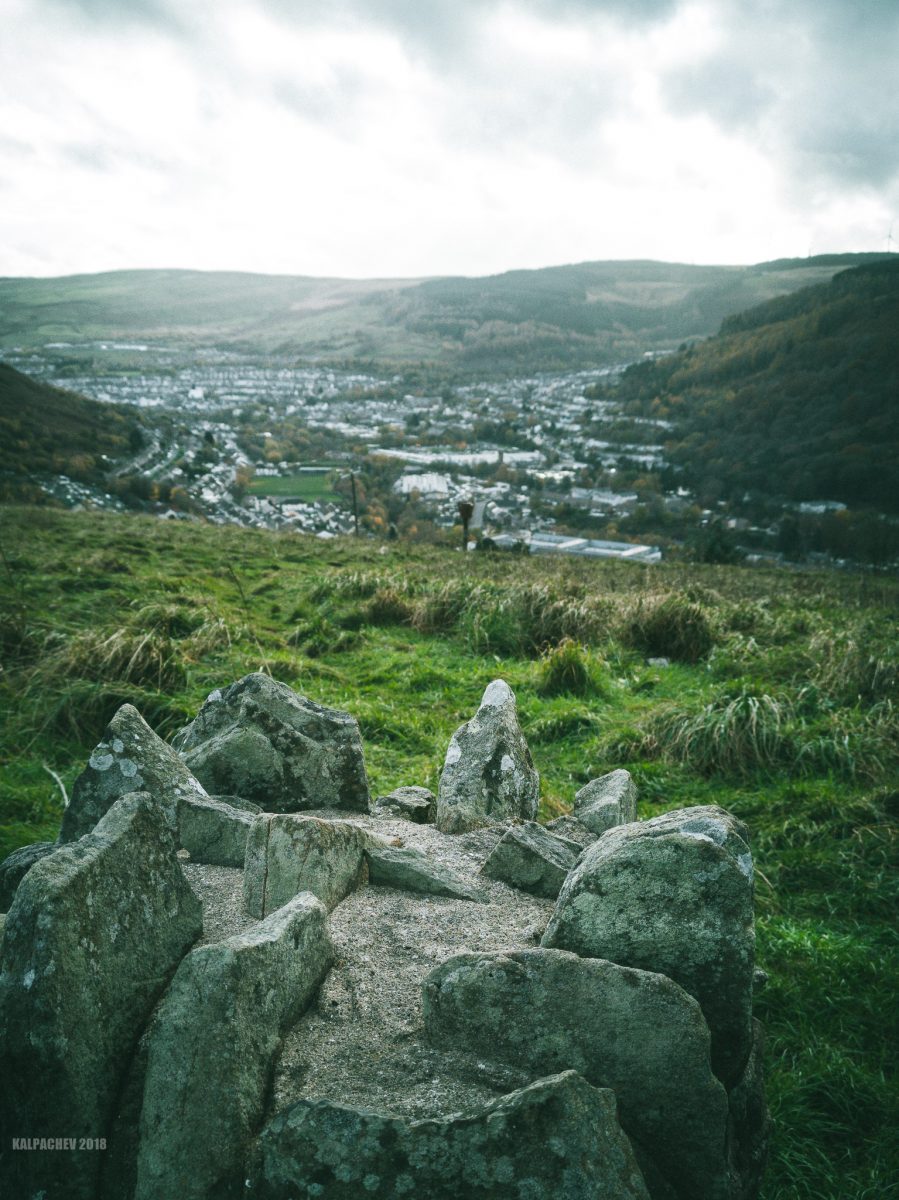 Legend tells that a statue of the Virgin Mary appeared in the branches of an oak tree near to the holy well. The statue was said to have been incredibly beautiful and a gift from heaven. Many people tried to remove the statue from the tree but it resisted all attempts to the point where ‘Eight oxen could not have drawn the Image of Penrhys from its place…’ The statue would only allow itself to be retrieved once the chapel and shrine were built. The original statue survived at Penrhys until 1538 when, under Henry VIII’s dissolution of the monasteries, Bishop Latimer wrote to Thomas Cromwell suggesting the destruction of the shrine. With the shrine burned during the night, the statue was taken to London where it was publicly burned with other Catholic artifacts.

The Shrine of Our Lady was still visited throughout the following centuries with records showing devotion up until 1842; though by this date little of the original shrine survived. In the early 20th century Miss M. M. Davies of Llantrisant, a Catholic convert, supplied funds for the construction of a memorial church to be built at nearby Ferndale. She would also procure a wooden replica of the original Statue of Penrhys, which is still housed at the church. In 1936, Rev P.J. Gibbons, parish priest of the church at Ferndale revived the pilgrimages and in 1939 the Rhondda Borough Council, recognising the importance of the site, took measures to restore and protect the Holy Well. On 2 July 1953 a new statue was revealed by Archbishop McGrath at the site of the old chapel. Standing on a plinth and although much larger than the original, was carved from Portland stone using the descriptions left behind in medieval Welsh poetry. More than 20,000 people attended the first pilgrimage after the erection of the new statue. Due to its religious importance, Penrhys is part of the Cistercian Way, and many people still make pious pilgrimages to the site every year.
( source: https://en.wikipedia.org/wiki/Penrhys )