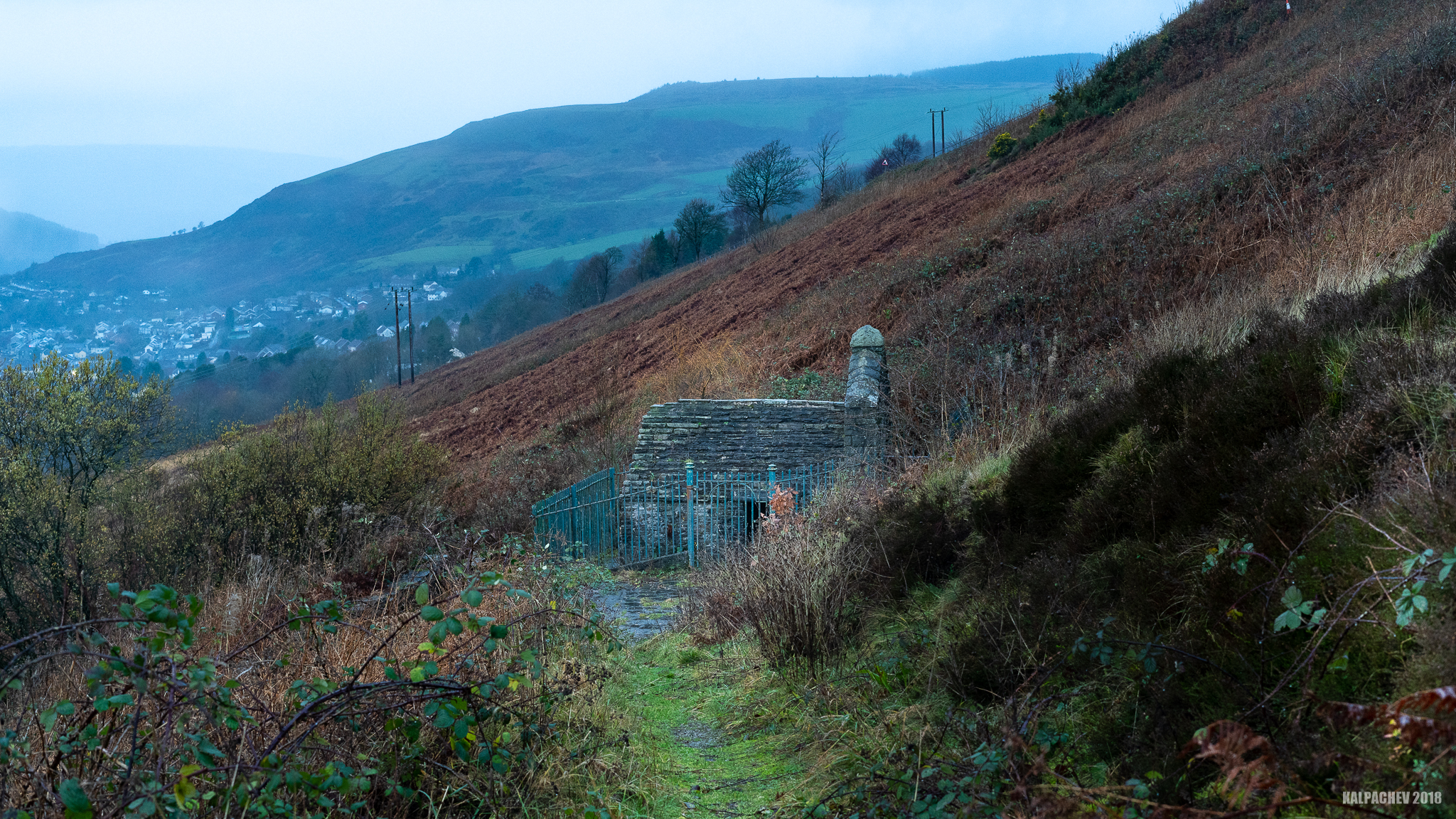 Ffynnon Fair (also: Ffynon Mair), St. Mary’s Well, located in Llwynypia is a holy well which lies on the hillside overlooking the village of Llwynypia. The well has been the focus of religious activity in Penrhys and is the oldest recorded Christian site in the Rhondda. It is recognised by some historians that the site may date back further, and could be pagan in origin. The waters from the well were believed to have the ability to cure ailments, particularly rheumatism and poor eyesight, and were reported by Rhisiart ap Rhys /(fl. c.1495 – c.1510) was a Welsh language poet from the cwmwd of Tir Iarll, Glamorgan/ as:

“There are rippling waters at the top of the rock
Farewell to every ailment that desires them!
White wine runs in the rill,
That can kill pain and fatigue!”

A vaulted stone building was built around the well which, although heavily restored, still exists today. The structure over the well is entirely built of local Pennant Sandstone, with one side built into the sloping hillside. The interior of the small rectangular building consists of stone benches around three walls; a cistern occupies the south wall. A niche in the north wall was said to have held a statue of Mary. The floor is paved with dressed flagstones.

I went there for a short walk and to find this place. There are lots of rumors about it, and actually I found a local person there, who showed it to me and told me about the history of this place.

Previous: Cleaning Sony A7 III sensor
Next: Published in the official LAOWA gallery